Microsoft purchased Revolution Analytics (around 2015) and with that they were able to give R Services which is the most popular open source programming language for advanced analytics of data inside of SQL Server bringing R processing closer to the data..

By adding R processing into SQL Server 2016 which is offered as a new feature that supports enterprise level data services.

What is R (Revolution) Services?

Revolution Analytics (formerly Revolution Computing) is a statistical software company focused on developing open source software for enterprise, academic and analytics customers. Revolution Analytics was founded in 2007. In 2009 the company received nine million in venture capital from Intel along with a private equity firm and named Norman H. Nie as their new CEO. In 2010 the company announced the name change as well as a change in focus. Revolution R Analytics would be offered free to academic users and their commercial software would focus on big data, large scale multiprocessor/high performance computing.

P.S: R Services for SQL Server 2016 is not cluster aware (not compatible with failover cluster.) 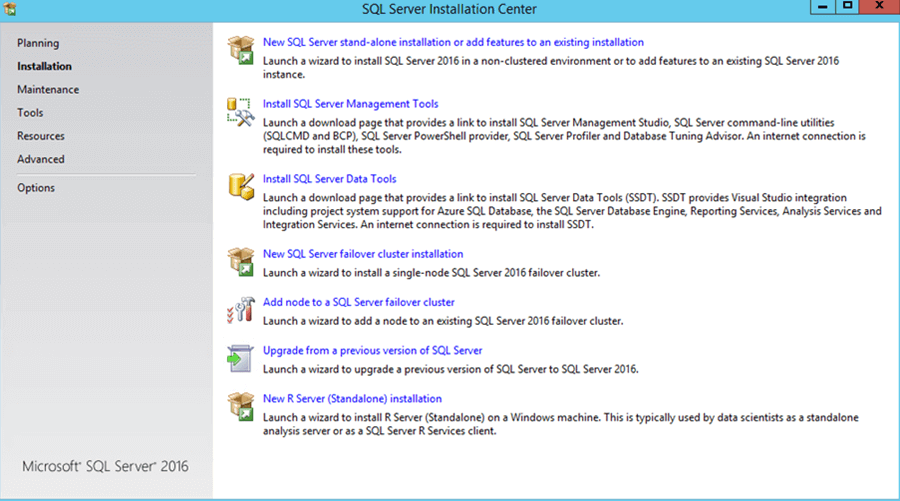 ClickAccept and the Next  button. 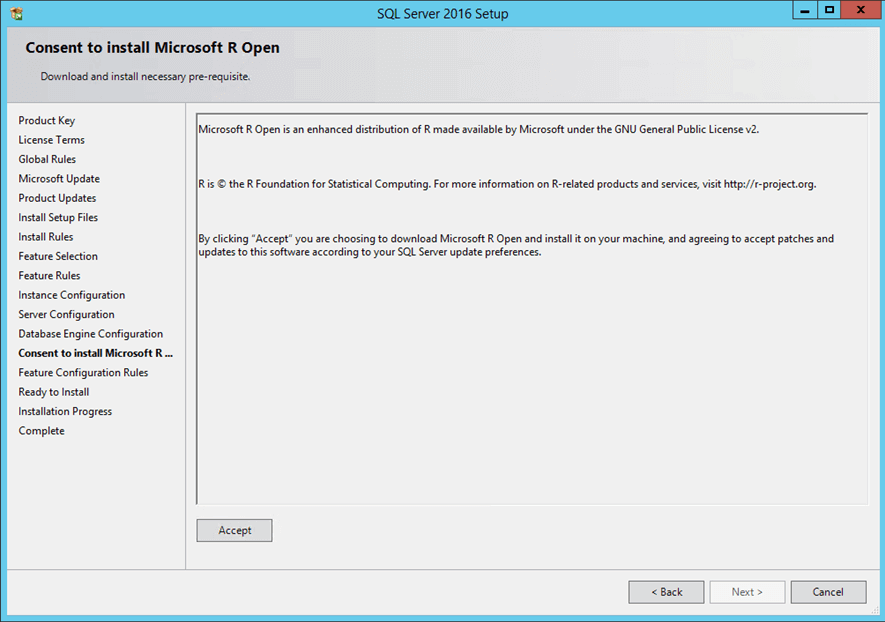 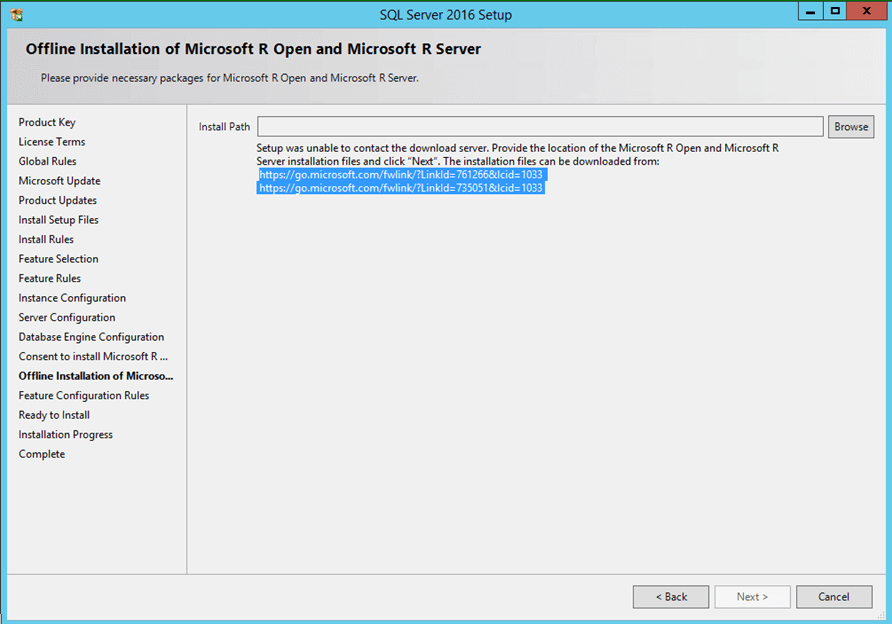 Click Install and when installation is complete, restart the computer.

We use cookies on our website to give you the most relevant experience by remembering your preferences and repeat visits. By clicking “Accept All”, you consent to the use of ALL the cookies. However, you may visit "Cookie Settings" to provide a controlled consent.
Cookie SettingsAccept All
Manage consent

This website uses cookies to improve your experience while you navigate through the website. Out of these, the cookies that are categorized as necessary are stored on your browser as they are essential for the working of basic functionalities of the website. We also use third-party cookies that help us analyze and understand how you use this website. These cookies will be stored in your browser only with your consent. You also have the option to opt-out of these cookies. But opting out of some of these cookies may affect your browsing experience.
Necessary Always Enabled
Necessary cookies are absolutely essential for the website to function properly. These cookies ensure basic functionalities and security features of the website, anonymously.
Functional
Functional cookies help to perform certain functionalities like sharing the content of the website on social media platforms, collect feedbacks, and other third-party features.
Performance
Performance cookies are used to understand and analyze the key performance indexes of the website which helps in delivering a better user experience for the visitors.
Analytics
Analytical cookies are used to understand how visitors interact with the website. These cookies help provide information on metrics the number of visitors, bounce rate, traffic source, etc.
Advertisement
Advertisement cookies are used to provide visitors with relevant ads and marketing campaigns. These cookies track visitors across websites and collect information to provide customized ads.
Others
Other uncategorized cookies are those that are being analyzed and have not been classified into a category as yet.
SAVE & ACCEPT